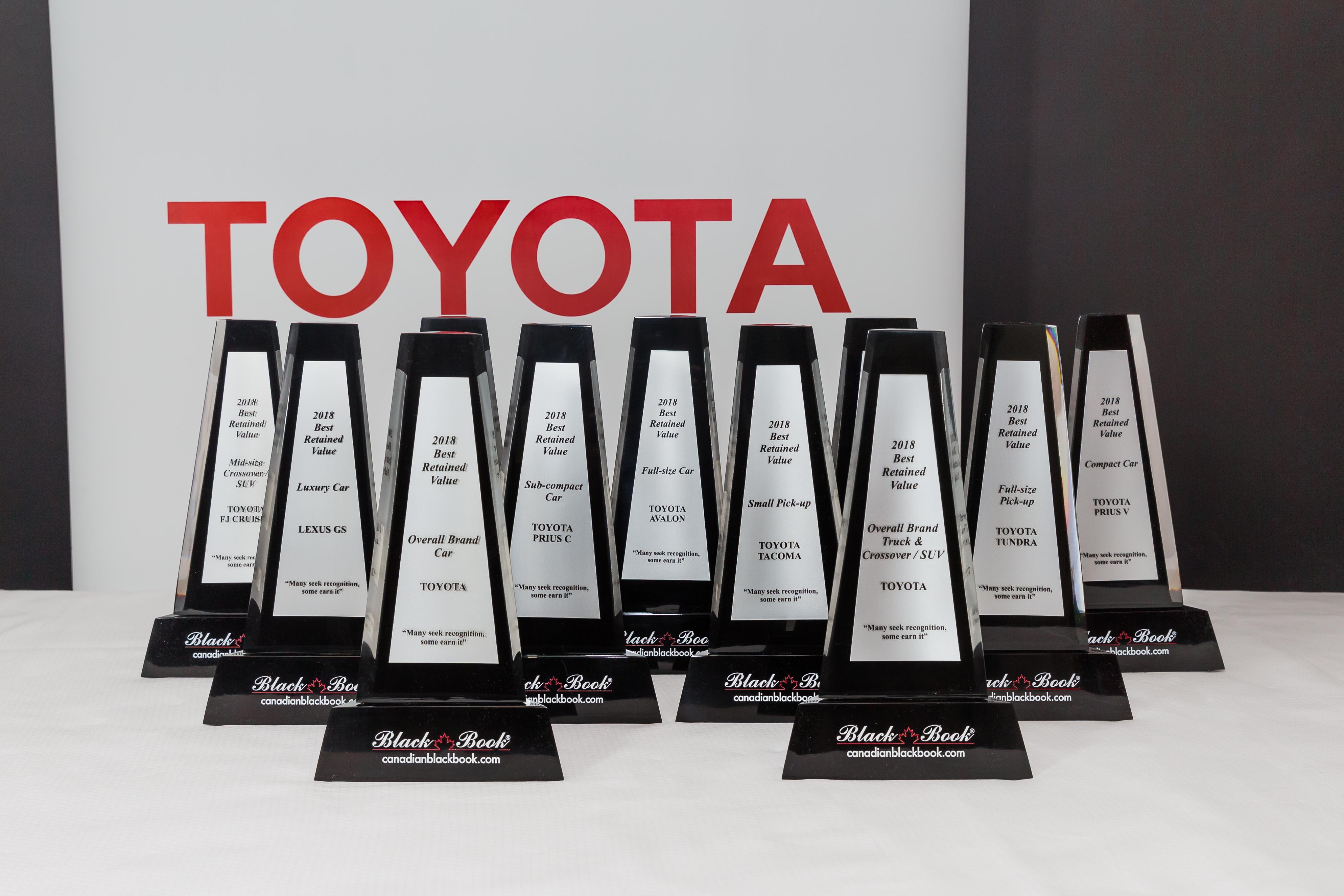 These awards reflect the quality, reliability and value of Toyota and Lexus vehicles, as well as TCI’s commitment to providing Canadian consumers with high quality product with the best possible value.

“Toyota Canada is honoured to be recognized by both CBB and ALG” said Larry Hutchinson, President & CEO, Toyota Canada Inc. “We’d like to thank our customers for their continued trust and confidence in our brands.”

The ALG Residual Value Awards recognize vehicles from the 2019 model year that are forecast to retain the highest percentage of their MSRP over the next four years. This year’s winners include: